A surfboard speaks of a person who is willing and able to ride on the “waves of change” to benefit the body of Christ, or in a natural sense, benefit in a business venture or situation, or project or a good opportunity to make money. To them, change is not an issue. They adapt quite easily when a new wave comes in.

However, in the dream, this person got scared of something that he is not supposed to be scared of (the dolphins). So I suspect that in this situation, he identified innocent people who probably would have helped him (See the meaning of dolphins) as a threat.

The fact that there were black and white waves probably indicates that some new opportunities were good and some were bad. Maybe this made it difficult for him to make decisions about the situation.

The Orcas were a threat as they symbolize people with a killer instinct, especially when it comes to business. They tend to gather and utilize all business resources and opportunities and they starve smaller businesses and entrepreneurs (See the meaning of waves).

So all this caused this person to be terrified. The fact that he moved from the left to the right speaks of this situation in the future (following the dream) but by now it probably did happen already.

The fact that the elements in the dream were cartoon-like and not real indicates that the situation was at that time still not a reality. It was probably still an idea or a desire or not accepted as a reality yet, although it did influence this person in a negative way already, as if it was real already.

The fact that you had the other dream the same night, probably indicates that this dream (surfer) was about this house. Whatever this house represents, there were a lot of negative aspects involved (look at the negative description and condition of the house). These are things that would normally prevent a buyer from purchasing it. If the surfer was you or your husband, then it appears that you or he had the opportunity to make money with some deal or business opportunity but all the negative aspects involved scared you and you could not capitalize on the opportunities that presented themselves. On the other hand, this could have been a warning from God. It could have been a warning that the business opportunity was or will be too difficult to evaluate correctly or that there were just too many hidden factors involved, resulting in wrong decisions.

Putting the children on the fridge speaks of putting this situation on hold so that you and your family can be safe and protected. There was some type of a threat in the house which could not be ignored. To me, this situation appeared to be too dangerous to make decisions so whatever this was about or will be about, be careful. At first, it looked to me that the surfer got scared over nothing but in reality, there were genuine threats or hidden factors present in both dreams that just could not be ignored.

Maybe you have more information now that I interpreted the dream for you. Were those things real threats or did I misunderstand this dream, by seeing it as real threats although everything was just an illusion (cartoon and not real threats at all)? 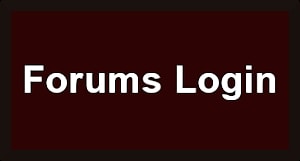 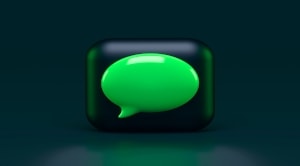