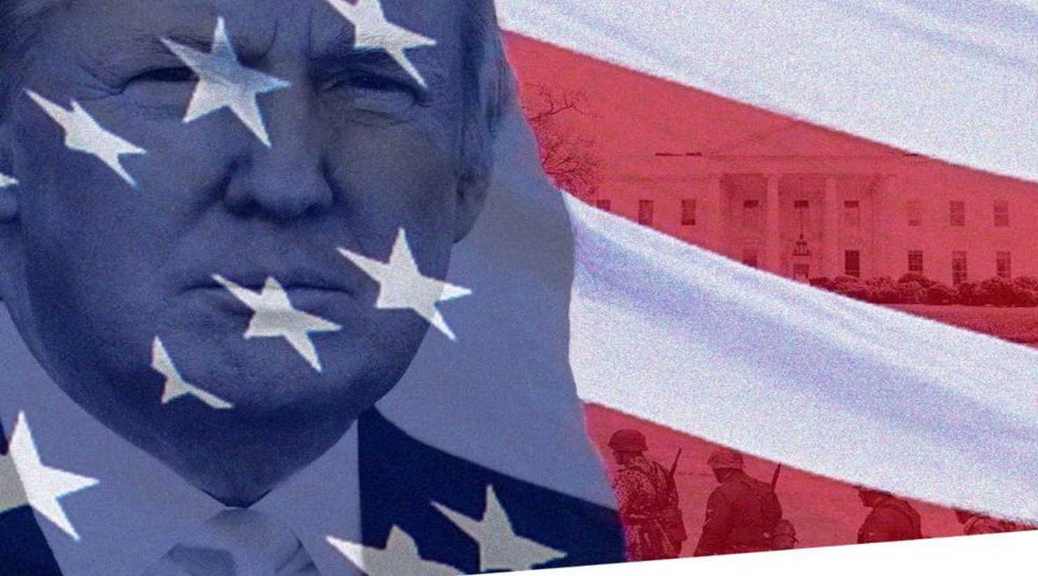 This is what the world needs! Reformation and change! For America that wonderful day came the day Donald Trump won the 2016 USA election. Is this the start of great things all across the world? I indeed think so. Restoration and reform in America will ultimately spill over to the rest of the world. This is indeed a very significant time in the history of the world and the church. God is on the move and He is using people like Donald Trump, someone that nobody would have thought would become an instrument in the hand of God.

This is what Thomas Ertl  recently wrote about Donald Trump:

It is hard to imagine a more heated month of speculation following a presidential election victory than what we’ve seen with Donald Trump. It’s been fun to see the Establishment media jump immediately into a hyper state of fluster that keeps getting more shrill as Jan. 20, 2017 gets closer.

Much of the discussion has involved the stream of candidates we are seeing arrive at the Trump Tower to be interviewed for cabinet positions.

As cabinet selections are made by Trump, criticism has been mounting, not only from predictable establishment circles, but also from the libertarian realm with commentators like Joel Skousen and Chuck Baldwin. Skousen has detailed the establishment background of Trump’s current selections. Baldwin also directed criticism at Trump’s selections, wondering if “Jeb won the election,” not Trump.

An example of their concern would be Steve Mnuchin, tabbed as secretary of the treasury. Mnuchin was a Goldman Sachs executive, was a hedge fund operator who worked with Soros and is a Yale member of the Skull and Bones secret society. He represents everything establishment that Trump has been against.

So, is there reason for alarm? Maybe; maybe not! Let’s wait and see. I say “maybe not,” holding out much optimism for the future Trump presidency.

I have great respect for the libertarian thinkers who have been critical of Trump’s appointees, but I would take a different opinion analyzing the first 30 days of the president-elect.

Trump has to reward politicians who stood for him in the difficult days of the campaign, men we may not care for but whose support was very helpful in his election victory: men like Christie, Gingrich, Giuliani, Carson and Priebus.

To date, the ones with an appointment are Priebus and Carson. Christie has been marginalized, and Gingrich and Giuliani will probably not take appointments because their present sources of income would be unavailable to them if they took a government position.

Trump could have immediately turned his convincing win into an Al Pacino moment where he waited for rivals to come kiss his hand and then attack and dismiss the remainder of his Republican Party adversaries. But he didn’t. In magnanimous fashion, he reached out to Republican rivals and enemies and sought to bring them into the Trump fold.

I do not believe his actions are a sign of weakness. They are a strategy to reshape the Republican Party into a Trump nationalist party.

Louis XIV, French king from 1643 until his death in 1715, was France’s longest and most prominent reigning king. In his political genius to consolidate power, he required France’s provincial nobles to come to Versailles and participate in his court.

Politically, Trump’s greatest enemy is what’s left of the Republican establishment’s politicians, lobbyists, donors and party officials. So is Trump’s appointment of Reince Priebus to Chief of Staff, his tolerance of Paul Ryan and his conciliatory language and outreach to his past Republican opposition his way to eliminate opposition within his own party?

Gina Loudon, in her 12/4/16 article for World Net Daily, writes of the “crazy like a fox” Trump, who while “some of us are playing checkers, Trump is playing chess.” She continues:

The strategy of candidate Trump in this election was positively fascinating for the psychological analyst to watch … But, we must be careful not to view Trump’s action through the prism of the old political playbook, or we will continue to misjudge and underestimate him just as we have for the past 17 months.

It is too early to tel,l but I sense he is up to something and not even the sharpest of commentators can figure out. Whatever he is planning, the “Never Trump” crowd is dwindling, and if he can find success, especially economically, he may be the one to transform the Republican Party into a true workers’ party with a generation of electoral dominance.

He knows far more of the complex national and geo-politics than conservative commentators give him credit for. I bet his zigging and zagging is a strategy to silence his enemies and to build a new coalition within the Republican Party.

Trump’s recent speeches, like the one in Cincinnati, underscore how agenda-driven he is. In early December, during the first leg of his “Thank You Tour,” he doubled down on many of his campaign commitments.

On the economy, “The era of economic surrender is over. We are going to fight for every last American job. It’s time to remove the rust from the Rust Belt, and it’s time to usher in a new industrial revolution.”

On foreign policy, “At the same time we would pursue a new foreign policy that finally learns from the mistakes of the past [neo-cons]. We will stop looking to topple regimes and overthrow governments…Remember 6 trillion dollars in the Middle East…our goal is stability, not chaos.”

Then in a classic Trump rant he reaffirms his America First vision by attacking globalism:

Now is the time to embrace the one thing that truly unites us. You know what that is? America. You hear a lot of talk about how we are becoming a “globalized world.” But the relationships people value in this country are…family, city, state, and country. They’re local. We will compete in the world where is a two-way road—not the one way around. The advantages will come back to our country, and they haven’t for many years. There is no global anthem. No global currency. No certificate of global citizenship. We pledge allegiance to one flag and that flag is the American flag. From now on it is going to be: America first. Okay? America first. We’re going to put ourselves first.

Trump’s anti-globalist rants are almost too much for my starving American conservative soul to take in. We have gotten so little politically over the last 50 years it’s hard to imagine America is within five weeks of having a president who routinely attacks the real enemy of the country, globalism. More so than his rhetoric is the obvious fact that he clearly sees the destructive evil of globalism and seeks to reverse its course.

Who of us who have followed national geo-politics for five decades saw the Trump phenomenon coming? In the first month after his election, he is aggressively on the offensive. These are all good signs of what may come.

While he is eliminating his enemies and unifying the Party, his aggressive agenda remains the same, and in some areas (globalism) more intense. It seems the agenda is what makes Trump Trump, more so than staff. The staff, no matter the political persuasion, is there to promote the Trump agenda.

We all agree Donald Trump is not like Ronald Reagan or any Republican politician we have ever seen. He is really his own man. For example, where Reagan was conflict averse, Trump seems to embrace conflict. So, if one of his cabinet appointees starts to drift, undermining his agenda, he will have no reservations about handing out a pink slip. This is evidenced in his having three different campaign teams within a 3-month period and his firing of Christie as transition chief.

Reagan’s internal softness gave us a full two terms of a Bush Sr. vice presidency. Conversely Trump has a nature that demands loyalty to him and his agenda. If political expectations are not met, there will be immediate replacement. So, the people we see in Cabinet positions in January may not be the same people in those positions the following January.

Our current national economic, political and cultural dilemma did not occur overnight. It came about by the 100-year planning and a concentrated effort by international banking and multi-national corporate elites. It took a century for the globalists to spin their control web over America and it will not be removed overnight. Tyranny takes time to work its destructive course and reversing that tyranny will also take time.

Reforming and replacing an old, corrupt order will not yield immediate results. The process over time often involves using the system and bringing people out of the old order with a new vision and worldview.

This was commonplace in the 16th-century movement of the Protestant Reformation. After being challenged with the truth, many entrenched Roman Catholic priests embraced the Protestant faith and became some of its best leaders.

The current movement against the establishment has exposed the old order that needs reform, which is the Republican Party, not the Democratic Party. The Democratic Party is beyond help and would be best left alone to implode under its own weight.

The election of Trump is quite the political miracle in itself. Trump’s election was aided by the timing of the greater resistance movement of the middle class pushing back against the ruling order. This is a huge historical breakthrough in American politics.

The restoration of the American republic into a true functioning democracy subject to the people will be a process. The globalist control web over the country will not be easily broken, nor will it happen overnight. Trump’s great courage to take on the global establishment, and his unprecedented election victory has earned him our prayers and support to carry out his reforms.

Our support for Trump is not blind and without criticism. As we scrutinize his decisions and appointees, we must also give our “New American Reformer” time to work his plan and see through his agenda.

Liberty/conservatives have been waiting for 50 years for an awakening of America’s middle class to rise up against the establishment and for an aggressive “America First” nationalist like Donald Trump to come along and lead the movement. Now is not the time to overly critique or abandon the new American reformer for whom we have so long been waiting.

Remember, perfection is awaiting God’s people in the next life; it is not obtainable in this life. Politically, if perfection and purity is demanded, often what is very good is passed by.

The work of reform is never clean, neat and ideal, whether in religion or politics. The very word “reform” necessitates something is corrupt and in disorder. Such is our national condition. Reform comes in steps through a long process.

Our new reformer is deserving of our assistance, loyalty, and patience.