I need to discuss a relatively new practice that has been adopted by many people in the body of Christ. This new practice is not Biblical and it opens many doors for serious deception in the church. More and more people are starting to consider real-life situations as symbolic. They see objects like animals and numbers and then they apply the Biblical meanings of symbols to these objects. This is a grave mistake. The Biblical language of symbols only applies to dreams and visions and of course to the parables that Jesus shared with people in the New Testament. This means that the Biblical language only applies to messages that God created. Dreams come from God. Visions come from God and parables came from God. Real-life situations and occurrences are random incidents which have no symbolic meanings. When a white dove flies into your room it is extraordinary, I agree, but that has no symbolic meaning. If God wanted to give you a message about the Holy Spirit He would have caused you to dream or to see a vision about a dove flying into your room.

People see numbers all around them and then they start to give such numbers symbolic meanings but again, this is not Biblical. Of course there are numbers all around us every day of our lives. Never forget this important principle with regards to this aspect. Any object has symbolic meaning only when it is observed in a dream or a vision. There is not even one Scripture that supports the practice of giving symbolic meanings to real-life situations or incidents. There is not even one incident or example of such a practice in the Old Testament and the New Testament. God gave us his protocol concerning communication in the kingdom of heaven. He communicates with us through prophecy, the interpretation of tongues, a word of wisdom, a word of knowledge and through dreams and visions. The moment these things manifest we are aware of the fact that God is speaking to the church or individuals.

People who decided to use real-life situations and incidents and build a divine message from God around such an incident have adopted a dangerous practice. There is just no way that they can decide which incidents in life are messages from God and which not. On the other hand, dreams and visions and the gifts of the Holy Spirit clearly determine when the message starts and when the message ends. There are just no gray areas in this regard. God does not use real-life situations as a symbolic method for communication. He clearly informed the church how He communicates and that does not include this practice.

This practice probably originated with people who wrote books about the end times. In the New Testament, we read that when people see certain things happen around them, that they will be able to recognize the time of the end. It specifically says that when people see certain signs, that they must be ready for the end (there will be wars and rumors of wars and famine and pestilences and earthquakes). It did not say that they need to apply symbolic meanings to those signs, it says that when they see those things happen, they must be ready.

The end time prophecies have all been given and all are included in the Bible. There are no more end time prophecies. All were given through the Old Testament prophets like Daniel and Isaiah and others as well as New Testament disciples like John and Peter and Paul and of course Jesus as well. I haven’t seen any modern-day prophecies about the end time coming true or coming into fulfillment. And believe me, there were many.

Jesus said that when they see things happen (and He gave them a list of the things: there will be wars and rumors of wars and famine and pestilences and earthquakes) then they must know that the end is near and that is it. There is no symbolism involved with this. The symbols about the end time were given in Daniel and the book of Revelation and a few other books in the Bible. These prophecies were given through dreams and visions and that is why the different objects had symbolic meanings.

There is absolutely no instruction or indication or suggestion or any example ever in the history of Christianity that we are to give symbolic meanings to real-life situations or objects. This is a dangerous practice. I can imagine the chaos and false information that would have come into existence if this practice was a reality. It would have opened many doors for deception and error.

God talking to people by confirming things with numbers and other real-life situations and incidents and so on is just not true unless He does it through a word of knowledge, in which case, it is not applying a symbolic meaning to an object but the word of knowledge in action. For instance, hearing a specific song and then being told through a word of knowledge to apply the meaning of the words of the song in a particular situation is not symbolism but one of the gifts of the Holy Spirit in action. The thing is that people started to treat real-life situations as being symbolic like in dreams and visions and that is wrong.

The reality is the more people that adopt this practice the more people will be deceived. It differs not at all from the false prophets of the Old Testament who started having false dreams and who started to give the people false information. This will hurt the church tremendously if people do not stop this practice. If you practice this false doctrine, please take note of the following: You have no right to promote this doctrine because it is not supported by the Scriptures, you practice this doctrine at your own peril and you are putting yourself at risk of being deceived.


I know people believe that they are on the right path and that they are doing the right thing and they feel that they can prove that this method works and that it is authentic but, it is not. This practice originated from the imagination of people. It is not from God. When there are no Scriptures to support any practice in the body of Christ and there is absolutely no example of such a practice in the Bible, it is not from God. We are talking about a very serious matter here. We are talking about God communicating with people. The bottom line is that God did give us very clear information on how He communicates with us. And the God-given methods does not include this erroneous practice. 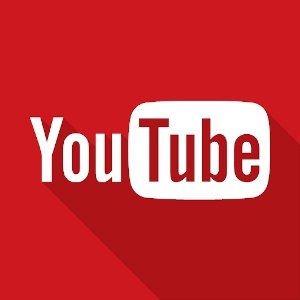